Individuals infected with HIV are more than twice as likely to die from sudden cardiac death (SCD) compared to the general population and are more likely to have hearts compromised by fibrosis, a factor that may play a role in increasing their susceptibility to SCD, according to new findings from a UC San Francisco study.

In addition, the study revealed that one-third of sudden deaths initially attributed to cardiac causes among the HIV population instead resulted from drug overdoses in which there was no apparent evidence of drug use at the scene.

The results, published June 17, 2021, in the New England Journal of Medicine (NEJM) are the latest from the Postmortem Systematic InvesTigation of Sudden Cardiac Death (POST SCD) Study, in which unexpected sudden deaths in San Francisco were examined from 2011 to 2016.

POST SCD is the brainchild of Zian H. Tseng, MD, MAS, a cardiac electrophysiologist and professor in the Department of Medicine at UCSF. Tseng’s major research interest is to discover genetic, molecular or other risk factors for sudden cardiac death—a major cause of death from heart disease—that can be used to predict who might be most likely to benefit from preventive interventions, such as implantation of a cardiac defibrillator.

For the current study, Tseng and his team integrated a comprehensive review of medical and EMS records with the complete autopsy, including histology and toxicology, with the goal of uncovering the true, underlying causes of sudden death in the setting of HIV.

“We found that the rate of sudden death is more than twice as high among persons living with HIV,” said Tseng, lead author of the new study. “If you narrow the focus to sudden death caused by heart arrhythmias, the rate in this study was 87 per cent higher.”

Questioning the assumed causes of death

Tseng first envisioned POST SCD when he identified a need to more accurately identify cases of sudden cardiac death, after the results of his retrospective study of a potential risk-factor gene in survivors of documented cardiac arrest did not agree with a well-known earlier study in which sudden cardiac deaths were not well investigated.

Cardiac arrest is typically an assessment made by emergency medical personnel on the scene. SCD has traditionally been defined by World Health Organization (WHO) criteria, in which cardiac cause may be assumed if the death occurred within an hour of symptoms, or the deceased had been seen alive without symptoms within the previous 24 hours.

“Almost all these out-of-hospital deaths are never investigated, so it’s often a guess as to whether a sudden death was actually due to cardiac causes,” Tseng said. “In my opinion, we as researchers have not made progress into discovering risk factors for sudden cardiac death because we previously mixed many non-cardiac conditions into the studies in which SCD has been presumed.”

Uniquely, POST SCD relied on autopsies and blood tests as a kind of gold standard to assess deaths. Every sudden out-of-hospital death must be reported to the medical examiner, but in most jurisdictions, autopsies have become increasingly uncommon, except in cases of the criminal investigation. Tseng launched the study in collaboration with Ellen Moffatt, MD, a forensic pathologist and assistant medical examiner for the Office of the Chief Medical Examiner of the City and County of San Francisco, and an associate clinical professor in the Department of Pathology and Laboratory Medicine at UCSF. Moffatt autopsied each individual whose death was initially categorized as sudden cardiac death.

Half of the sudden deaths due to other causes

While heart disease is the leading cause of death in the United States, a large proportion of which are due to SCD, findings from Tseng’s studies three years ago showed that about half of sudden deaths attributed to cardiac conditions were actually due to other causes.

“That was a paradigm-shifting discovery that is still making its way through the field of cardiology. We can’t make inroads into studying and preventing SCD unless we know which cases are truly cardiac.” Tseng said. In addition to drug overdoses, actual causes of deaths initially attributed to heart conditions included pulmonary embolism, stroke, infection, diabetic ketoacidosis, gastrointestinal haemorrhage, renal failure, seizures, and aneurysm rupture.

In the early days of POST SCD, Tseng noticed that a disproportionate number of deaths classified as sudden cardiac deaths were occurring in the HIV population. He contacted UCSF colleague Priscilla Hsue, MD, Chief of the Division of Cardiology at Zuckerberg San Francisco General Hospital and Trauma Center, and a leading expert on heart disease in HIV-infected individuals, and together they decided to deepen the investigation of SCD in persons living with HIV. In their initial analysis, published in 2012, they reported that rates of SCD were over 4-fold higher among persons living with HIV, but in that study, SCDs were presumed by convention and did not require autopsy confirmation.

In the follow-up analysis now published in NEJM, the UCSF scientists reported that presumed SCD in the HIV-positive and HIV-negative populations occurred at a rate of 53.3 versus 23.7 events per 100,000 person-years, respectively.

There were 610 unexpected deaths among the HIV-positive population, including 109 deaths resulting from out-of-hospital cardiac arrest. A review of medical and paramedic records, forensic examination, and autopsy of all but one of the 109 cases pointed to many underlying causes of death. Of those, 48 met the criteria for presumed SCD, but only 22 of these sudden deaths were found to be caused by arrhythmia, with associated coronary artery disease, damaged or enlarged heart chambers, or pre-existing arrhythmic disease.

Drug overdoses detected by post-mortem toxicology accounted for 16 deaths in the HIV positive—34 per cent of presumed SCD group. In comparison, among those who were HIV-negative, overdoses accounted for 13 per cent of the 505 deaths initially categorized as SCD. Other non-arrhythmic causes of death in HIV-positive individuals with presumed SCD included kidney failure, infection, haemorrhage, and diabetic ketoacidosis.

Fibrosis in the heart

Hsue, who is the senior author of the study, said that it is now clear that chronic inflammation in HIV-infected individuals persists even in the setting of effectively treated and suppressed HIV disease. In turn, this ongoing inflammation is strongly predictive of clinical events including overall mortality and cardiovascular events, kidney disease, and neurologic disease. Persons with HIV infection are now known to have significantly elevated rates of acute myocardial infarction, heart failure, peripheral arterial disease, and ischemic stroke compared to the general population.

The researchers also measured higher levels of interstitial fibrosis—in which collagen is deposited around clusters of heart cells—in the heart tissue of HIV-positive individuals. Similar fibrosis in lymph nodes, liver and kidneys has been observed in previous HIV studies.

“I would hypothesize that this fibrosis likely represents a systemic impact of chronic HIV infection,” Hsue said. “Our evidence from this study also suggests that there were even higher levels of interstitial fibrosis among the subset of HIV-infected individuals with sudden cardiac death, and also among those with autopsy-confirmed sudden death due to arrhythmias. In the future it will be critical to extend upon this finding by identifying at-risk individuals with the purpose of preventing sudden deaths among persons with HIV. Furthermore, therapeutic strategies to reduce fibrosis will be an important area for investigation moving forward. To me, this represents a truly unique study that highlights the multidisciplinary collaborations at UCSF.” 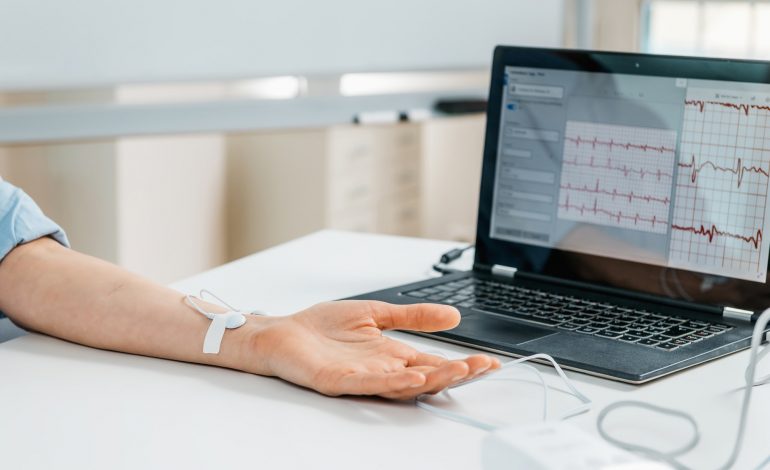 What is Stomach Cancer, Its Symptoms, and

Eradicating polio is finally within reach. Why

Despite the Covid pandemic, there have been just two recorded cases