Welcome to Thursday’s Overnight Health Care. We were prepared for a five-day workweek, but Congress had other plans. Federal workers have a day off tomorrow, as President BidenJoe BidenJapan to possibly ease COVID-19 restrictions before Olympics 14 Republicans vote against making Juneteenth a federal holiday China supplies millions of vaccine doses to developing nations in Asia MORE signed legislation making Juneteenth a national holiday.

Today: ObamaCare is sticking around, after the Supreme Court decided that an individual mandate without a penalty didn’t actually harm anyone. The administration is investing in finding a pill to fight COVID-19, and Democratic lawmakers pressed PhRMA over its pandemic lobbying.

We’ll start at the Supreme Court:

In what has become something of a Washington tradition, the Supreme Court again upheld the Affordable Care Act on Thursday, in the third major case from Republican challengers to reach the high court.

The margin this time was larger, 7-2, as the High Court appears less and less interested in revisiting the health care law through the judiciary.

This could be the last gasp of repeal efforts

There were some fairly resigned statements from GOP senators:

“It’s been my public view for some time that the Affordable Care Act is largely baked into the health care system in a way that it’s unlikely to change or be eliminated,” said Sen. Roy BluntRoy Dean BluntGOP senator: I want to make Biden a ‘one-half-term president’ GOP Rep. Vicky Hartzler launches Missouri Senate bid Cryptocurrency industry lobbies Washington for ‘regulatory clarity’ MORE (Mo.), a member of Senate GOP leadership.

The Supreme Court was fairly united

What is the Republican health care message now?

The Republican health care message for years was summed up with the simple slogan “repeal and replace.”

But now those efforts have failed in Congress, in 2017, and have failed for a third time in the courts.

The coronavirus pandemic shortened American lives by a wider degree in 2020 than any cause other than heart disease and cancer, according to a new analysis.

Provisional data from the Centers for Disease Control and Prevention, analyzed by the Pew Research Center, found the virus that killed more than 380,000 Americans last year — and more than 600,000 to date — cost nearly 5.5 million years of life that those victims would otherwise have been expected to live.

That is more years of lost life than Americans lose to all accidents combined, including traffic accidents, drug overdoses, drownings and firearm deaths. It is about half the 10.2 million years of life that cancer costs Americans in a given year.

The measurement of the number of life years lost to any particular cause takes into account the average life expectancy of a victim.

The Biden administration plans to invest billions of dollars in antiviral pills to treat COVID-19 and ready the U.S. to combat future viruses that have the potential to spark a pandemic.

Officials committed to spending more than $3 billion on the Antiviral Program for Pandemics that aims to support and speed up the development and production of antiviral treatments for COVID-19 to reduce serious illnesses and deaths.

The multiyear funding will help to launch clinical research and manufacturing, and the hope is for some treatments to be available by the end of 2021.

The goal of the program is to produce an oral drug that Americans can take early in their COVID-19 infection to prevent hospitalizations and fatalities from the disease. Such an oral pill would operate similarly to antiviral treatments for influenza, HIV and hepatitis C.

Democratic senators are pressing the Pharmaceutical Research and Manufacturers of America (PhRMA) to provide more information about its lobbying efforts amid the pandemic.

“While taking credit for the development of new COVID vaccines – which were developed with massive infusions of federal funds – the pharmaceutical industry has not backed off of its efforts to block drug pricing proposals and maintain the status quo,” the lawmakers wrote in a letter sent Wednesday.

Drugmakers have renewed clout in Washington after successfully manufacturing lifesaving COVID-19 vaccines. But progressives criticized pharmaceutical firms such as Pfizer and Johnson & Johnson for lobbying against a waiver meant to allow lower-income nations to manufacture their own doses.

Coronavirus patients enduring long-term symptoms are joining a campaign to lobby Congress on passing legislation that would provide paid family leave for all workers.

The grassroots, nonpartisan group COVID Survivors for Change is now working with other groups in an effort led by the advocacy group Paid Leave for All, drawing attention to the growing number of Americans known as COVID-19 long-haulers because of the longevity of their conditions after contracting the coronavirus.

Feeling lucky? Vaccine lottery odds will be better than in the state’s regular games (Boston Globe)

Op-eds in The Hill

The ill-advised push to vaccinate the young

We need a comprehensive commission on COVID-19 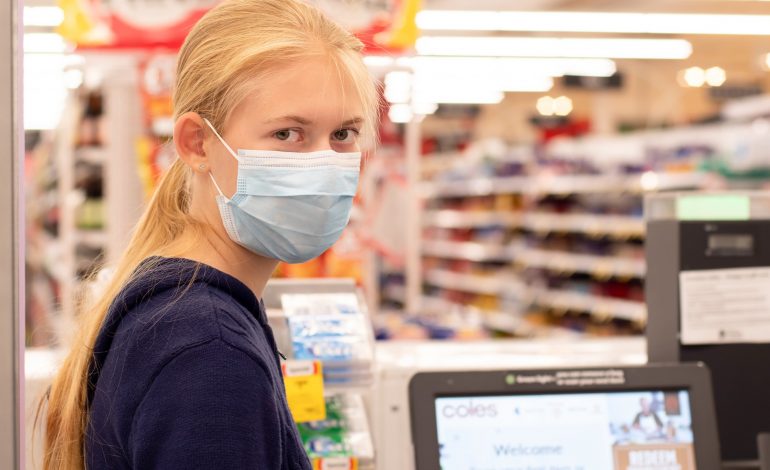